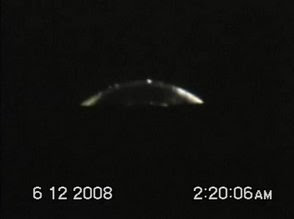 
In Kumburgaz, Turkey on a summer night there was clear weather and a noticeably bright moon. UFOs had been spotted by local residents as recently as June 9th and having had many sightings over the past year, much attention was being paid to the skies in the area. This piece of footage from June 12, 2008 is probably one of the more intriguing. It shows what could be some type of dome-shaped object which resembles the typically reported "disc". 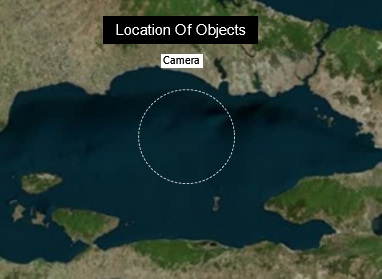 Two known witnesses, friends of Yalcin, are heard in the background who were with him as they stood along the beach observing the unknown object over the sea. There is a noticeable shift of light and shadow that moves across the reflective surface as it begins to slowly move horizontally across the sky. Frame captures of this part are posted below. 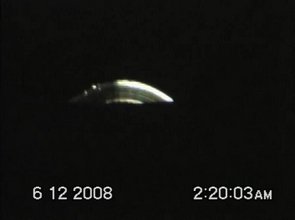 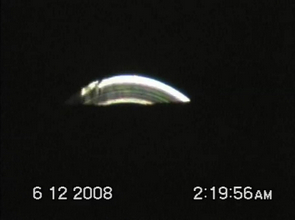 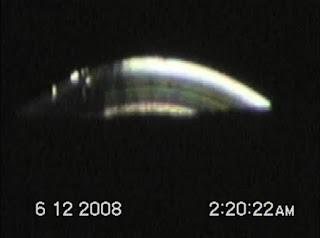 There is a shifting shade pattern that occurs as the object begins moving from left to right. 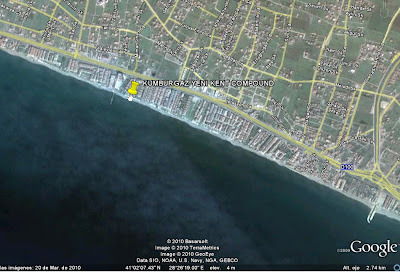 Yalcin and one of his friends look for a good vantage point. 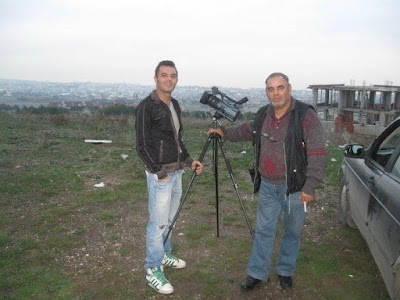 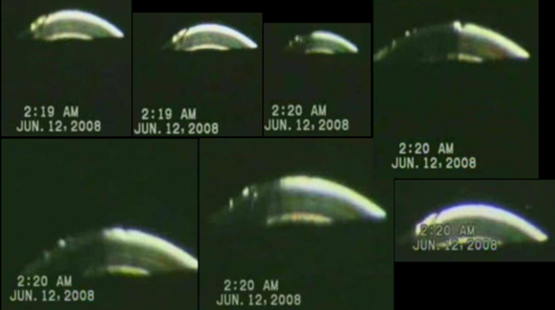 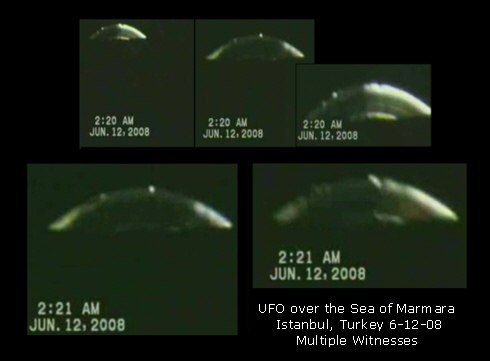 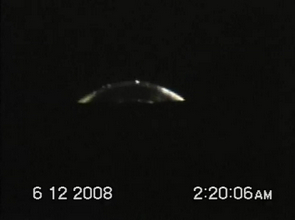 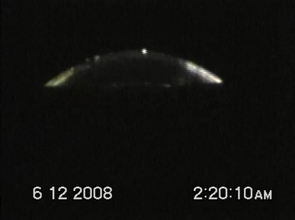 June 12th, 2008 was just one day of what ended up being a series of 26 separate days over a period of 3 years. As to exactly why these unknown craft came back to the same location over and over remains a mystery. One speculation is that perhaps they have been coming to this location for many centuries. There is a lot of historic information that dates back many years that suggests these sightings are nothing new.