Also witnessed during the flap was another type of phenomenon. On several occasions there were orange and red pulsating lights, which always seem to accompany the more structured physical looking UFOs. They were seen appearing and disappearing. The June 16, 2008 segment of the Kumburgaz footage consisted primarily of these type of objects.

In this segment we see a group of red orange pulsating lights which were several feet above the sea surface in some kind of formation. There were 3 groups of 2 totaling 6. Their origin remains unknown. Contained below are single frame slides, video footage, location details, and a comparison between 7-2 and 6-16. 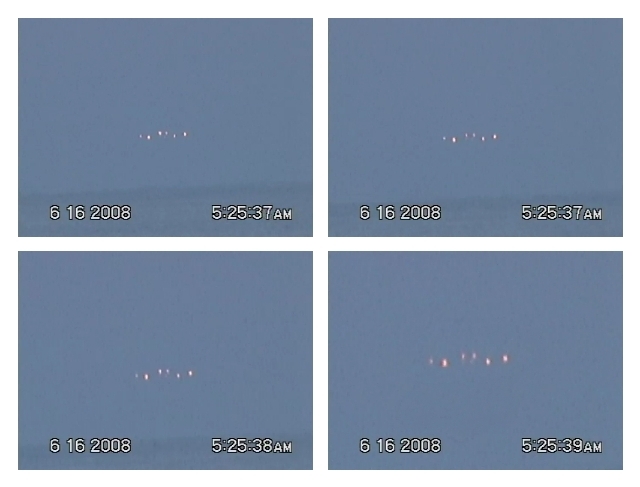 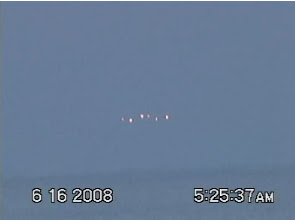 The 6-16 footage was taken during the day making it possible to see the horizon in the distance. With this reference it is easier to roughly estimate were the orange lights are in relation to the water surface. Anyone can check themselves by reviewing the original video for comparison.


When searching for other photographs of the Yeni Kent Compound in Kumburgaz I was able to determine approximately the area were the orange lights were. After watching and rewinding the film several times I then compared it to still frames. 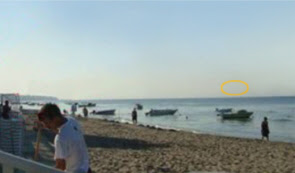 
The lights on July 2, 2008 and June 16, 2008 are curiously similar in appearance. Each have six lights, orange color tone, and were seen in the same area. They also have the same formation in groups of two. 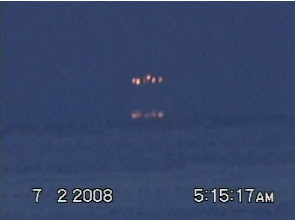 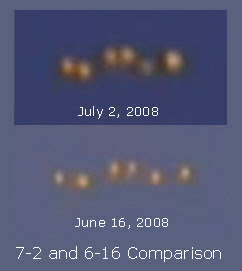 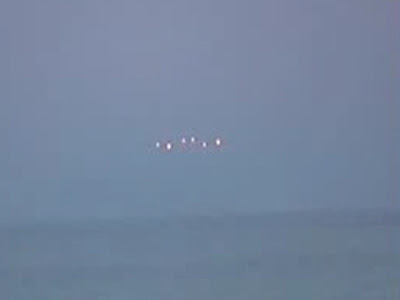 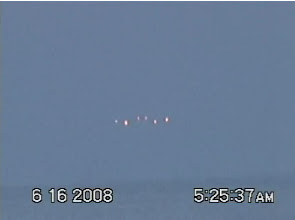