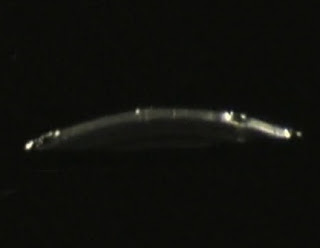 
On July 2, 2008 there were two different types of anomalies witnessed and filmed. Red orange pulsating lights or plasma orbs were around 5:15 am and earlier a cigar structured object (pictured above) was seen and filmed hovering over the sea at 3:53 am.

Types Of Phenomenon Seen In The Kumburgaz Video:


The July 2, 2008 segment shows footage Yalcin filmed during the night then continued after sunrise in the early morning. Both are separated by a time of 1 hour and 22 minutes. It cannot be fully proven that the two objects are the same, but curiously they were present in the same spot and camera angle. Firstly during night time the long structured object hangs in the sky over the sea followed by a cluster of pulsating orange lights, leaving a reflection on the ocean surface, after sunrise. 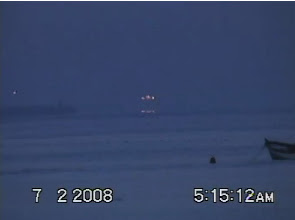 One Object Is Over The Penninsula 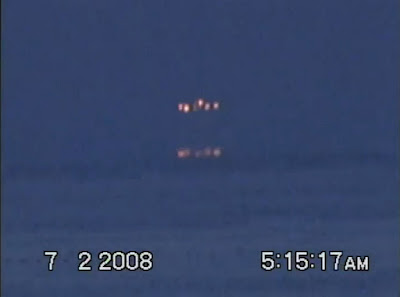 There are no offshore oil facilities in this location and none exist in the Sea of Marmara at all. A few hours earlier, in the same location before sunrise, the object below was seen from the same vantage point. The circumstances did not change at all in fact it was taken with the same camera and witness just hours earlier. 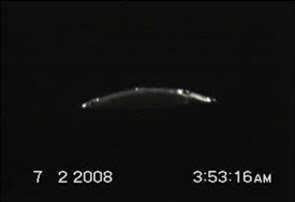 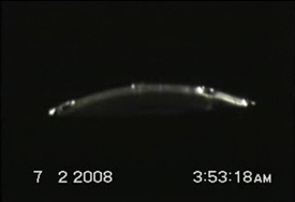 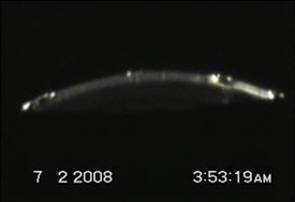 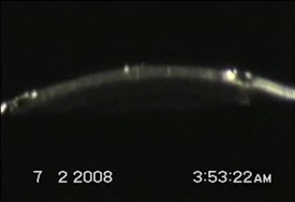 The following array of orange lights do not belong to an oil platform or lighthouse. The odd orbs were located in the same spot as the above object which was filmed at night. Are they both the same object but in a different configuration? After 4 years nothing has surfaced which could explain the lights or night filmed craft. To this day the sightings of July 2nd, 2008 remain unexplained. 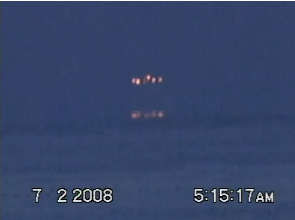 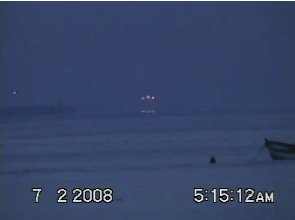 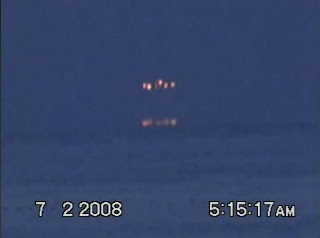 In the past many witnesses have recalled observing UFOs which appear as if they switch in and out of our physical reality, or at least to the human eye, sometimes appear to become partially invisible. This is a speculation but in the July 2, 2008 video is it possible we are seeing one object that has folded light in a way that makes it partly invisible?


The story picked up momentum in the news around the world but unfortunately quickly the news coverage stopped. The significance of the recordings gained attention in some corners of the scientific community, while others refused to be convinced. As a healthy skeptic I remain neutral but find myself convinced that this case deserves more attention and focus from the research community. The pulsating objects and the craft filmed earlier in the night continue to remain a mystery.