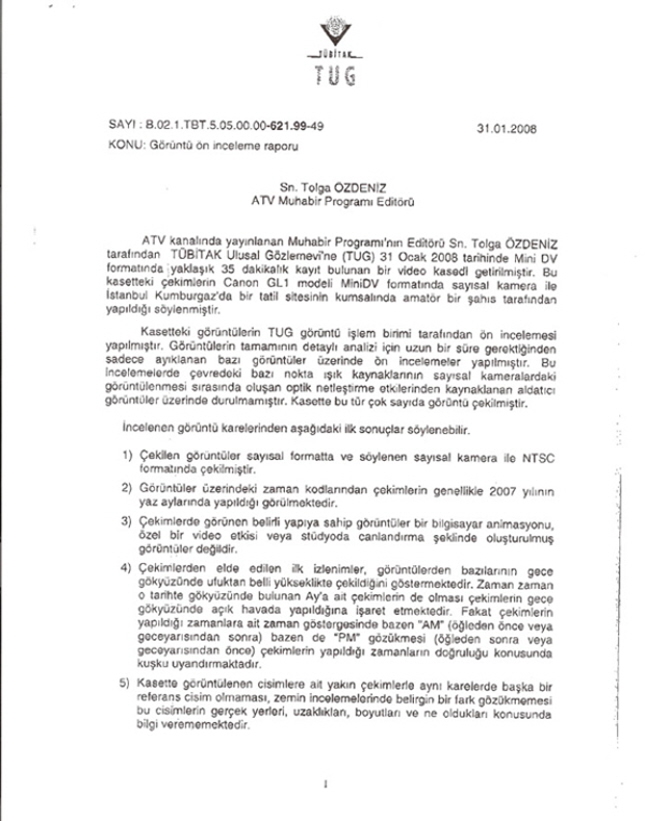 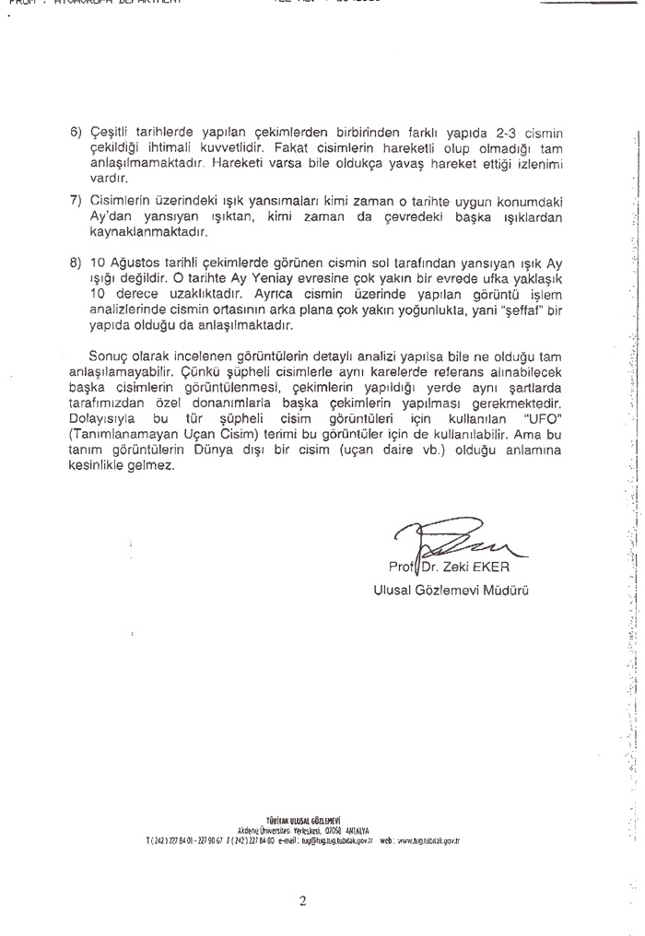 On January 31, 2008, a MiniDV format video cassette holding 35 minutes of footage was brought over to "TUBITAK" The Science and Technology Research Board of Turkey’s (a Scientific Institution owned by the state that is highly reliable and influential) National Observatory (TUG) by Mr.Tolga Ozdeniz, the Editor of "Reporter" that has been aired on ATV Channel. The footage on the cassette was said to have been recorded by a Canon GL1 MiniDV digital camera on a beach of a holiday village in Kumburgaz/Istanbul by an amateur.

The images were examined by TUG- National Observatory Image Processing Unit. Because, it would take quite a long time to analyze all of the images, only randomly selected parts were pre-examined. During this process, emphasis was not placed on images produced by optical clarification effects which a number of point light sources generated.

- The footage images of the object which visibly have a certain configuration are not computer animations, special video effects or studio re-created images or models. The footage is genuine…

Turkey Science and Technology Board Homepage

Here is the segment aired on the "The Reporter" hosted by Tolga Ozdeniz.

The following link provides more detailed information on these documents and the scenario which led up to the report: A Closer Look Inside The TUBITAK Report